Moviegoers should prepare for a blast from the past as “Star Wars Episode I The Phantom Menace” opened not but a few hours ago here in Washington State. The May 22nd, 1999 release is back in theaters, and it’s in 3D; which should give fans more reason to check it out. 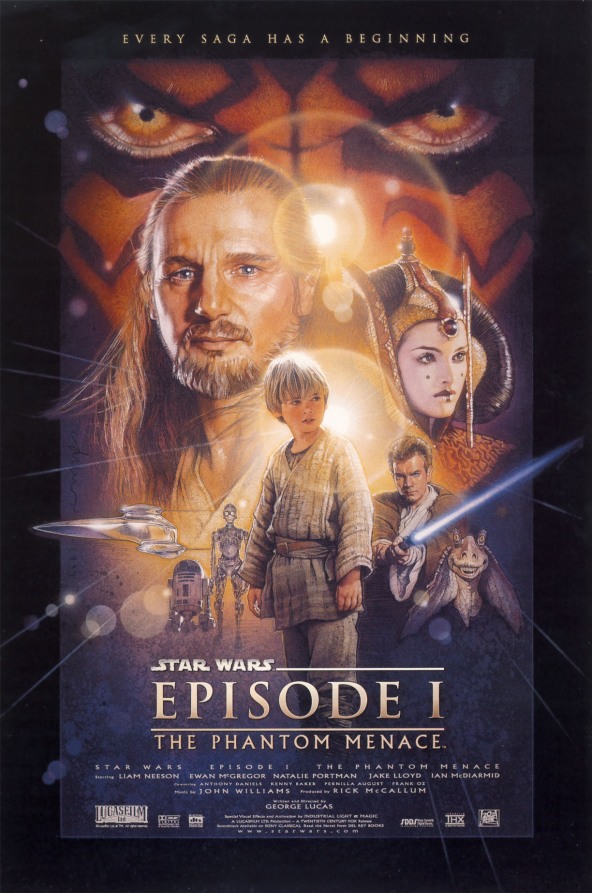 Lucasfilm’s Industrial Light & Magic  visual effects supervisor John Knoll says the new dimension makes the film more immersive. And he couldn’t be any more right, though this is coming from me as a fan of the overall Star Wars franchise.

“The extra dimension makes the audience feel like they are more present in the Star Wars universe. I wanted to make sure that we were not turning this into a gimmick. It’s something that should feel natural and not cause eye-strain or cheapen the product so I was not looking for places to poke stuff out of the camera. I went for naturalistic stereo as though the movie had actually been shot in stereo. I think the film looks better than it ever looked before,” he says in a press release.

“As someone who prefers watching movies without having to keep adjusting 3D glasses, I wasn’t too keen on 136 minutes in the theater. I also wasn’t too sure if the 3D would make that big a difference—as far as I could remember, there was a lot of talk in “Episode I.”

In George Lucas’ highly anticipated installment, Anakin Skywalker’s epic story begins when he is discovered on Tatooine, a desert planet where Jedi master Qui-Gon Jinn and Obi-Wan Kenobi make an emergency landing. They just rescued Queen Amidala from Naboo, which has been blockaded by the Trade Federation army after Naboo opposed the Galactic Republic’s taxation on trade routes.

As the first of a three-part prequel to the well-loved original trilogy, “Episode I” was regarded with  mixed reactions when it came out 16 years after the last of  the original series. Some “Star Wars” fans were disappointed by the film, perhaps due to the overwhelming expectations based on the success of the original three. Movie review website Rotten Tomatoes gave it a 60 percent rating, saying that plot and character development is lacking. On the other hand, it says there’s plenty of eye candy to behold.

When I prepared to don my not soo comfortable 3D specs, I couldn’t help but wonder what all I could expect from 3D for this film. Many films seem to bombard the viewers with 3D, regardless of whether the scene calls for it or not. That was however not the case here. I was surprised with how subtle some of the 3D seemed. It wasn’t smack dab in my face, but I couldn’t help but feel like a part of the experience none the less. As I watched on in enjoyment, three scenes in particular caught my attention in regards to the addition of 3D(And I’m aware that I say 3D an aweful lot in this blog post.. mostly in this paragraph.) The first was the podracer scene with young Anakin Skywalker. I couldn’t have enjoyed watching that part more if it had been my first time seeing it. Despite the fact that I knew otherwise, I felt like his podracer could just leap off the screen and into the very theatre. 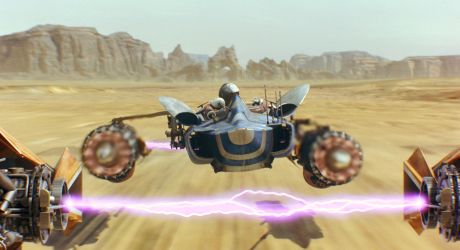 Another scene worth mentioning was the duel between Darth Maul, Obi-Wan-Kenobi, and Qui-Gon-Jin. As soon as the doors in the Naboo fighter hanger open to reveal Maul, I couldn’t help but be excited. Thankfully, that excitement was justified. Whether due to the 3D effects or just cleaning things up, there was a far crisper feel to the look of the three as they fought. 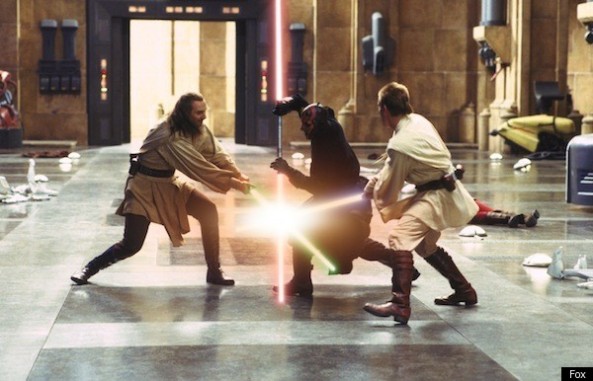 The last was the scene of the space battle. I’ve seen some awesome films in 3D before, but this is officially one of my favorite 3D scenes now. If you’ve seen Episode I before then you know that the space battle scene is pretty good. 3D simply makes it…better, for lack of a better word.

There are also a few other things throughout the movie which left me pleasantly surprised, such as cleaning up an image of my favorite Sith Lord, Darth Sidious so that if you look close enough, you can tell what the true identity of the Sith Lord is. There’s also the addition of a few other characters in the pod race scene who are not in the original theatrical version, but who I’m told were in the dvd versions of the film. Also, for all the Yoda fans out there, the little green man looks amazing in the film. At least one of my friends was happy to see the CGI Jedi Master in the place of his Muppet counterpart.

Of course I loved almost everything about the movie in of itself.. apart from the character of Jar Jar Binks. In all honesty, I kind of feel that he detracts from the film as a whole. This post isn’t about that though, it’s about the film’s transition into 3D. So, sticking with that theme, the only problem I could think of was Jar Jar’s 3D look. For that matter, the look of the Gungans as a whole could be scrutinized, but I’ll settle for Jar Jar. There are moments in the film where due to his actions and the special effects he looks like he’s made of rubber, and not in a great or even funny way. You may also notice that some of the masks for aliens such as the Neimoidians(Trade Federation) look a bit less than convincing

That said; if you’re a fan of Star Wars (including Episodes I-III) then I’d say this is something worth going to see. Especially seeing as from what I hear, Episodes II-VI will also be undergoing 3Dification.  You should however be prepared to shell out 15 dollars or so for the tickets of the currently released film. If you’re lucky, you’ll get the 3D glasses designed especially for Episode I as seen below(Anakin Skywalker pod racer style design.), but if not, you’ll be stuck with the standard specs as my friends and I disappointingly were. 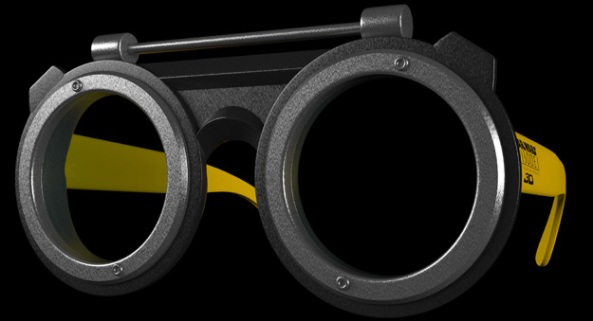 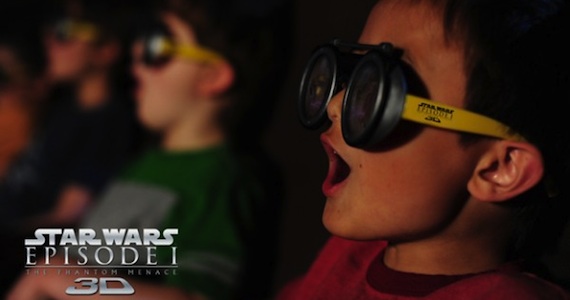